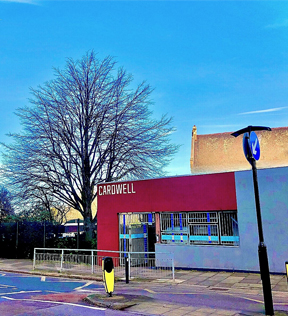 We explored healthy diet choices in Science and were horrified to discover just how much sugar and how many calories are in some snacks.

In English we enjoyed reading the war poetry of Wilfred Owen, linked to their History topic of the Second World War, and considered the impact of the imagery and language choices made by the poet.

In History we continued to learn about the Second World War, learning about the role that propaganda played in influencing the public to support the war effort.

In English, we wrote poetry in the style of Wilfred Owen, imagining how it would have felt to be in the middle of the Blitz in the Second World War.

We consolidated our understanding of perimeter, area and volume in Maths, thinking about the real-life context of using these skills and applying them to problem solving.

We enjoyed our investigation into the journey food takes as part of British Science Week and were thoroughly disgusted to see the changes it undertakes once saliva and stomach acid are added.

We also looked at tricky formulae in Maths to strengthen our understanding of algebra. In English we wrote rhyming poems about The Blitz, aiming to use iambic pentameter in the style of Wilfred Owen.

In English we read the novel - "The Silver Sword" by Ian Serraillier - which tells the story of a Polish family torn apart by World War Two and their struggles to find one another again. We explored the mysterious character of Jan and wrote a journalistic interview.

In Science we learnt about the vital role the heart plays in keeping our bodies healthy. We investigated the relationship between exercise and heart rate by recording our pulse before, during and after vigorous activity. We then represented the data we collected using a line graph, which we then used to draw conclusions from. We were intrigued and disgusted by the journey that food takes through our bodies via the digestive system.

In History we learnt about some of the causes of the Second World War and explored the reasons why the UK became involved in the conflict and the devastation caused by the Blitz in 1940. We then researched the Battle of Britain in History and created a presentation to convince Hitler that attacking by sea was the best option at the time. We learnt about how rationing impacted ordinary people's lives during World War Two.

In DT we explored sustainable materials and upcycling plastics in an effort to reduce the amount of harmful plastics entering the ecosystem and harming the environment. We used plastic bottles and adapted them to make pencil cases and games, among other designs.

In RE, we looked at the various sacred places a Buddhist might make a pilgrimage to, and answered the question: "Why do Buddhists treat living things with compassion?"

We read 'Lamb to the Slaughter' by Roald Dahl, and gathered evidence for the crime committed by the main protagonist, Mary Maloney, to write a police report.

In Maths, we used mental strategies to add, subtract, divide and multiply. We then converted fractions in order to solve problems practising conversion between improper and mixed fractions as well as adding and subtracting them. We then moved onto calculating percentages of amounts.

We explored short stories with reading Shirley Jackson's The Lottery - they have been applying their inference skills to identify examples of foreshadowing within the text and applied these skills to write our own set of twisted instructions for surviving the sinister village.

We applied our understanding of circuits and electricity in Science to explore ways in which they can affect the brightness of bulbs in a circuit.

In Art, we used aluminium foil and newspaper to create 3D sculptures of Olympic athletes.

We had an exciting start to the school year by finding out interesting and mysterious facts about Greek gods and goddesses. Using the information compiled, we have written our own encyclopaedia entries on our chosen Olympian god. We then read Greek myths focusing on the famous tale of Orpheus and Eurydice. After reading the first half of the myth, we used our inference skills to make predictions of future events and write an alternative ending.

In History, we enjoyed placing key Greek events in chronological order and using a range of sources to find out more about the events. We also learnt about the origins of the Olympic Games and discovered, through group research, that the games were inspired by religion, war and entertainment. 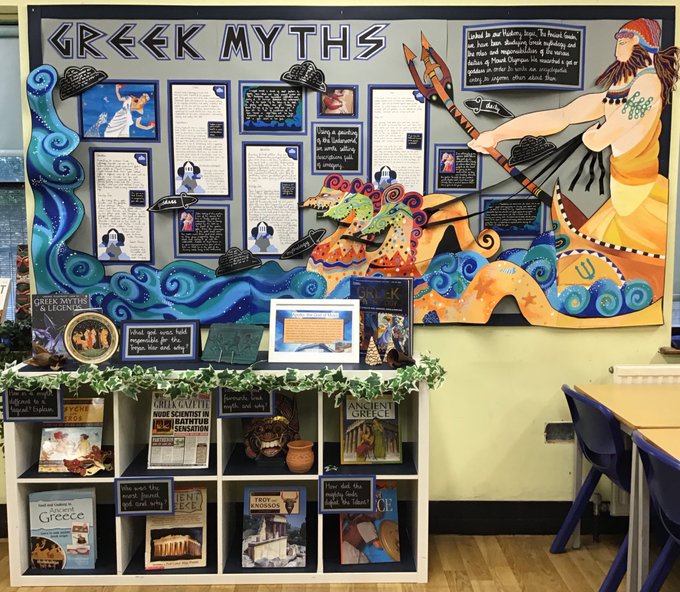